An Award Winning School of Character 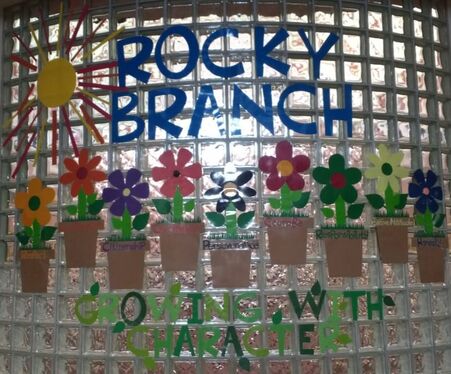 The character education theme at Rocky Branch is "Growing with Character"
​to connect to mission of ECO Day each year!

The Kindness Rocks Project
As one way to focus on Growing with Character, "The Kindness Rocks Project" was introduced. This project began with all students learning about kindness at Rocky Branch.  To spread kindness beyond our school and into the community, our learning culminated with all students and staff painting rocks with inspirational messages to be delivered throughout the River Falls community.
​
The River Falls Journal ran an article about the project:
http://www.riverfallsjournal.com/news/education/4253391-kindness-rocks-rocky-branch
​
Pictures and additional information can be found through our Kindness Rocks website:
https://sites.google.com/a/rfsd.k12.wi.us/kindness-rocks/ 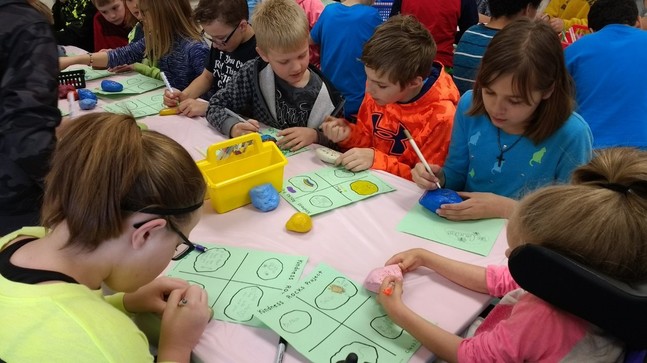 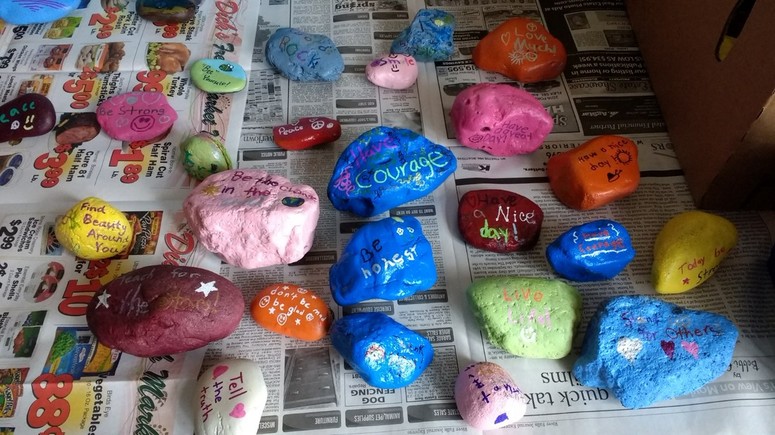 ​A Lesson on Kindness
​This photo was taken during a 4th grade guidance lesson. We did a science experiment to learn about "ripples of kindness." We observed the ripples that form when an object is dropped into water. The objects each student dropped represented something that one person does for another. The ripples in the water represented the way a person's actions spread to others. Students decided that they would rather be at a school where people spread kindness, instead of a school where people are mean to one another. In a school where students are kind, one kind action leads to another kind action, and so on. 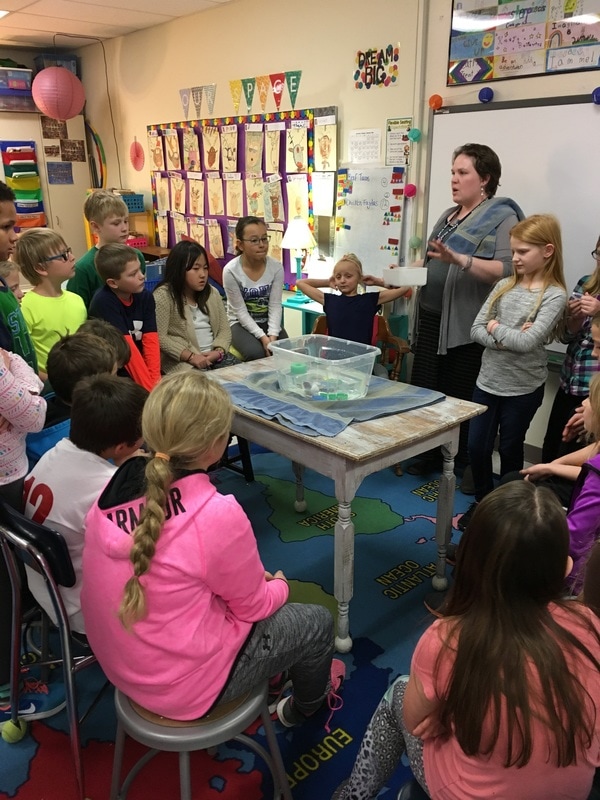 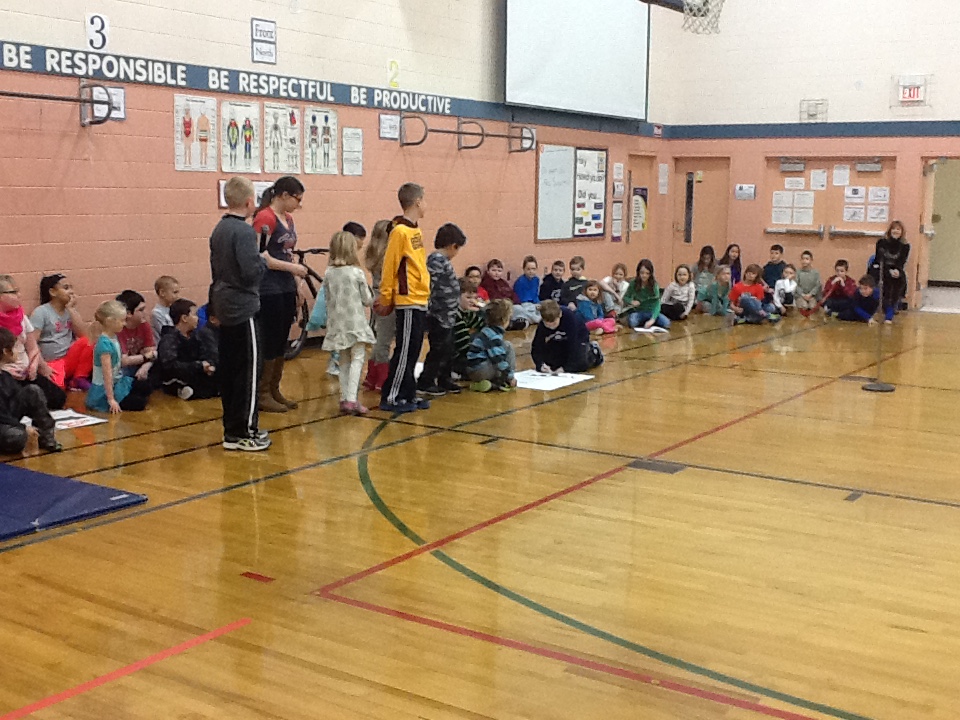 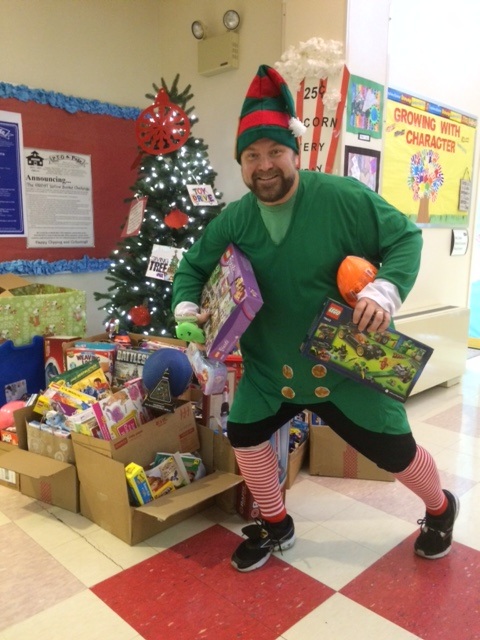 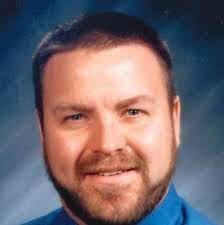 Mr. Eaton is the 2015, Wisconsin Association for Environmental Education "Administrator of the Year" award winner.  Mr. Eaton was nominated by Sara Windjue, Aleisha Miller and Mike Noreen for his on going support of Environmental Education at Rocky Branch and in the River Falls School District.  Over the years, Mr. Eaton has been involved in a number of significant projects that have helped to keep students and staff focused on their roles in the stewardship of our resources and the world we live in.  With the help of others, he has lead the charge to have the school board adopt the Sustainability Proclamation highlighting the importance of being a significant collaborator to community efforts to responsible and sustainable decision making.  Through the use of the Cool Choices game, Rocky Branch has developed staff awareness of ways to develop and share individual practices promoting "green habits" throughout school buildings.  Throughout all the activities and events, Mr. Eaton's greatest pleasure has been the development of many friendships which has made the work of environmental education and the pursuit of sustainable practices so much fun over the many years.

Rocky Branch is connecting environmental stewardship with our character development program.  Every student and their teachers participated in some way to make our environment a better place for us and the ecosystem we are apart of. 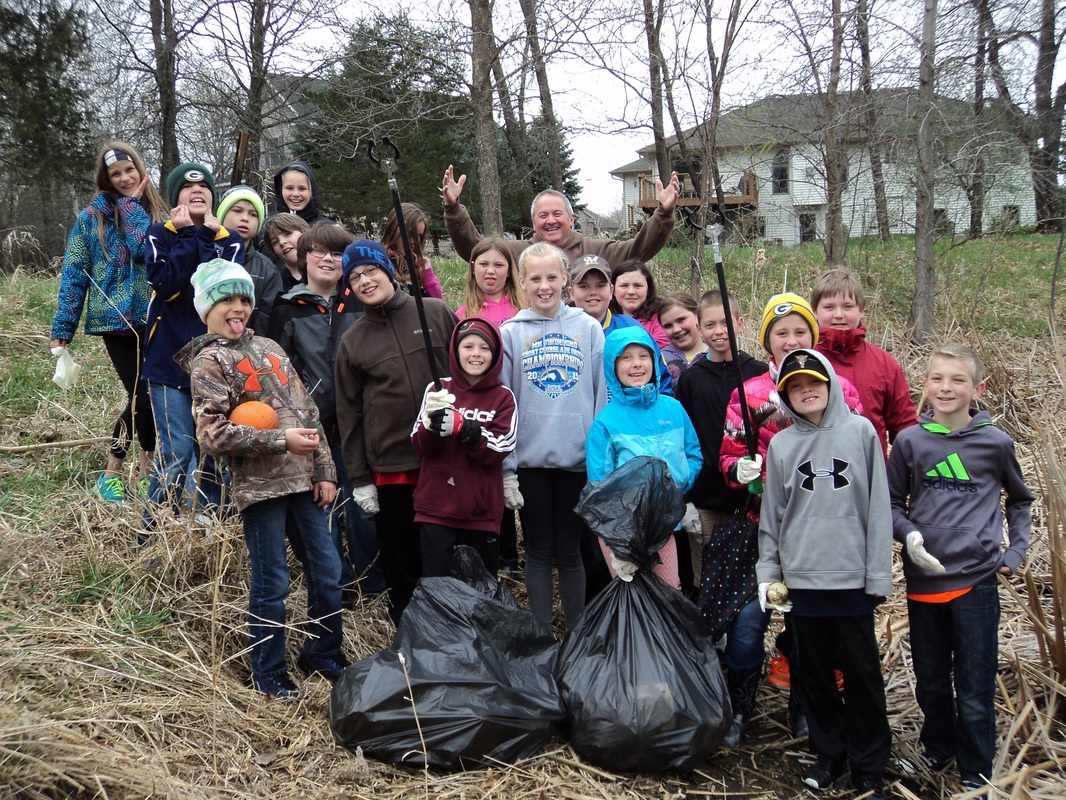 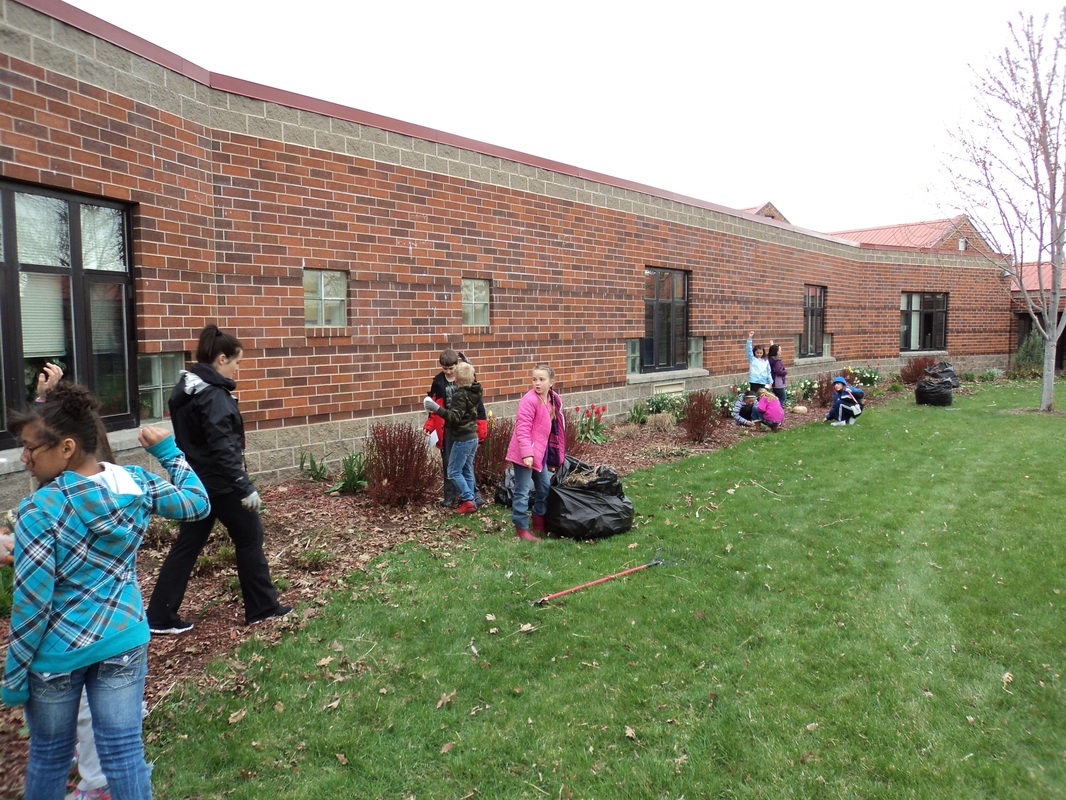 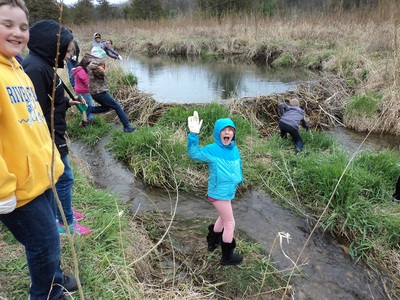 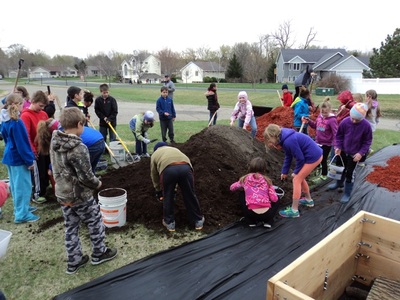 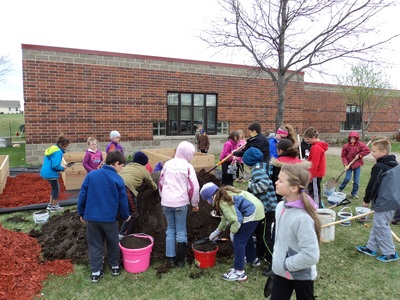 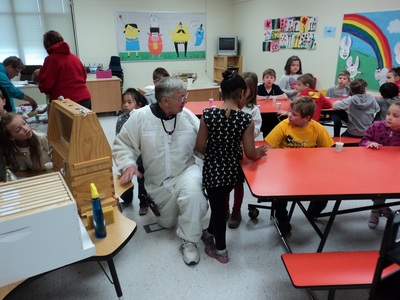 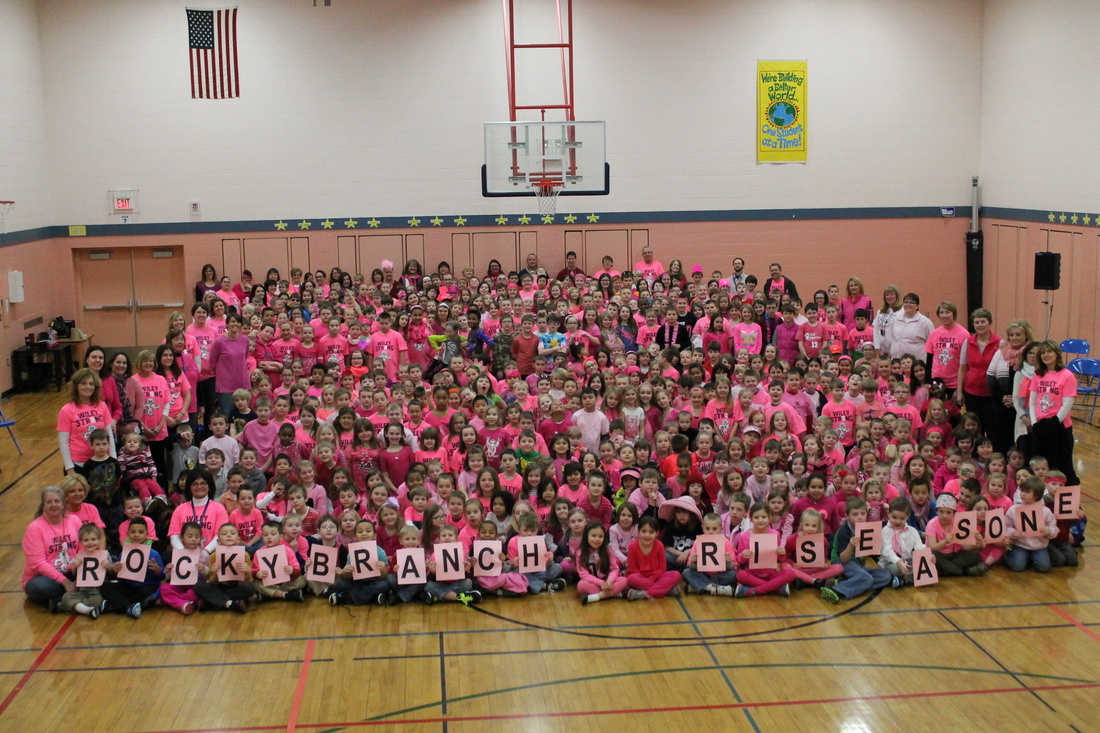 Rocky Branch Elementary School had the largest percentage (99%) of students wearing pink on February 3rd, 2015. As a district, the River Falls school community raised $2500 for the Susan G. Komen Foundation. 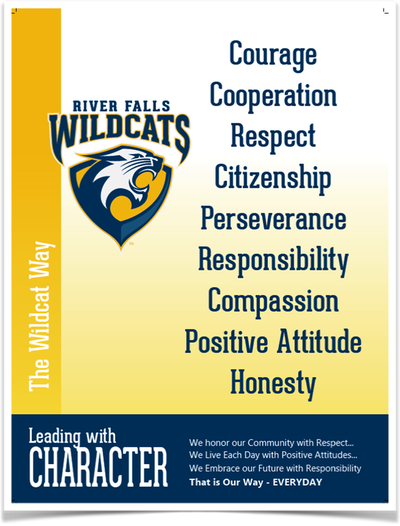 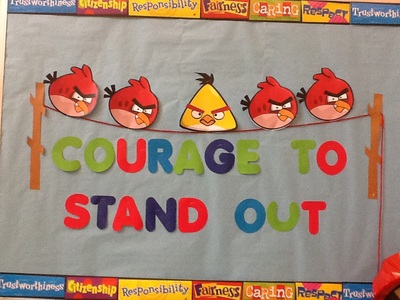 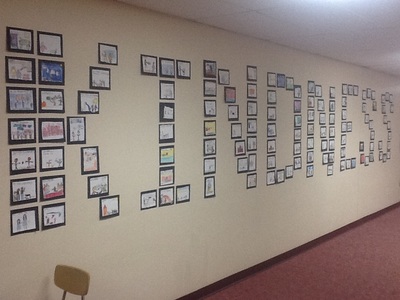 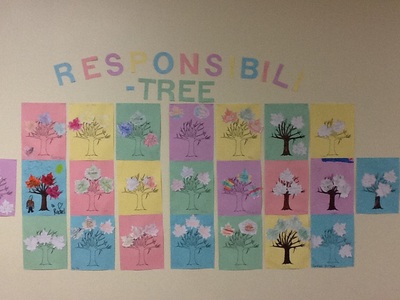 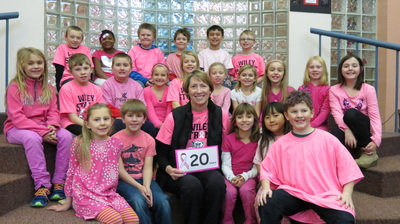 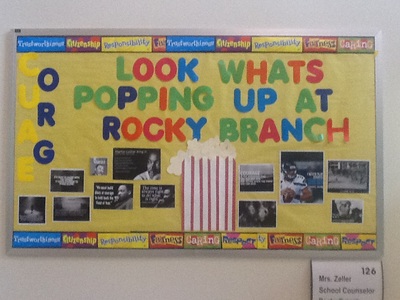 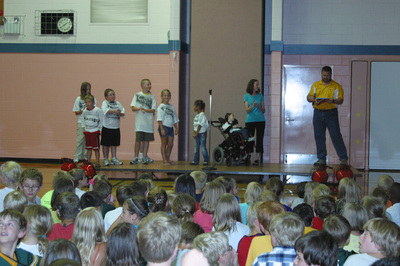 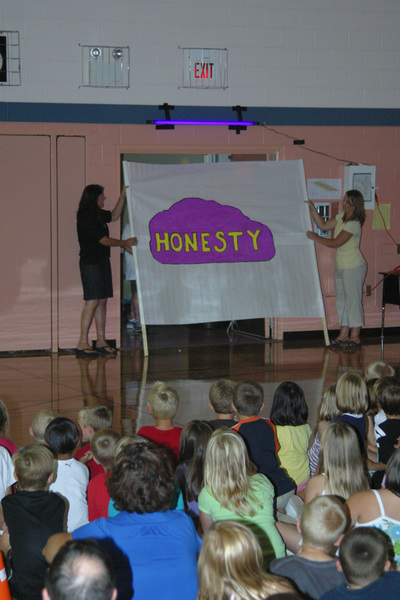 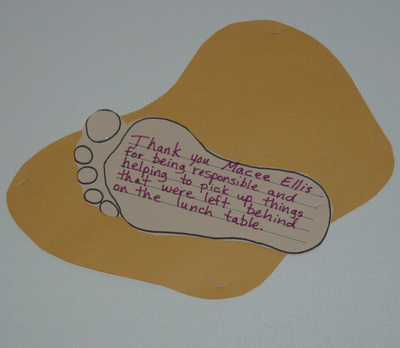 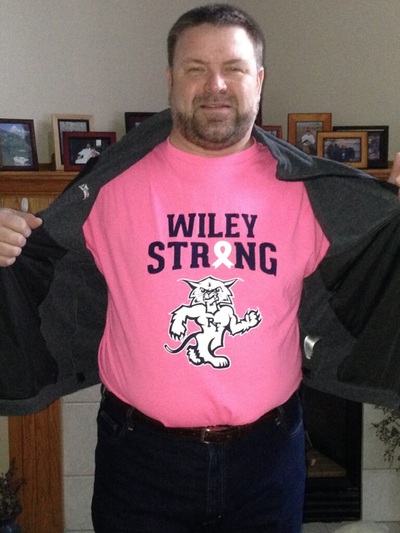 AWARDS AND RECOGNITION FOR CHARACTER EDUCATION 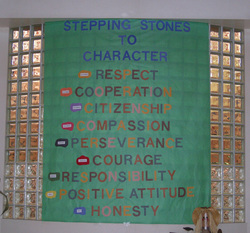 2012 State Promising Practice Award: "Stepping Stones to Character"
Imagine walking into a school where hallways are named for character traits and the Black Eyed Peas “I Got a Feeling” is played at the monthly character assemblies?  At Rocky Branch Elementary, students are introduced to character traits at energetic school-wide assemblies.  They use multi-sensory approaches to engage students- from the music of the Black Eyed Peas to watching You Tube video clips that show what the character trait looks like. The students also recite their Touchstone and perform their “character flash mob dance”. As lively as the assembly is, character learning does not stop when the assembly is over- follow-up activities are done in classrooms, the character trait is incorporated into existing curriculum, and the trait is infused in other aspects of their daily life in school. They are teaching student’s character in a creative approach that excites and engages them.